Thank you to all who helped make our 60th Birthday Celebration such a wonderful success: State president, Alicia Hetman, National Director, Kathleen Cha, and our many former Branch Presidents plus branch members old and new! A selection of scrapbooks from our past 60 years helped us remember our history of community service, study and fun, fond memories for all. 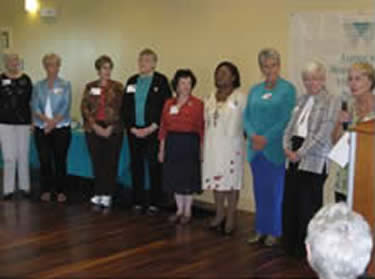 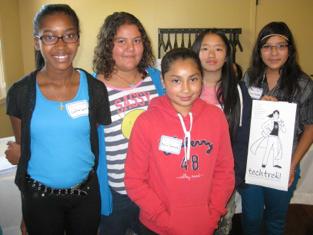 Five of the seven wonderful young women whom we sponsored to attend Tech Trek camp at Sonoma State University this past June attended the Birthday Party/Kick-Off. They each shared with us how Tech Trek made a difference to them and expressed their thanks.

On January 24, 1952, seven women met at Reinhardt House on the campus of Mills College in Oakland to organize an AAUW branch.  On April 16, the National Board of Directors officially recognized the Branch, and at the State Convention in May 1952, the Oakland Branch became the 83rd branch in California.   In 1968, we changed our name to Oakland-Piedmont in recognition of the substantial number of members who are Piedmont residents.  For many years, the Oakland-Piedmont Branch has won recognition from AAUW-CA and the Association for achievements in programming, membership and philanthropy.

On October 2, 2011, an estimated 250 participants representing at least 10 organizations marched through Oakland to celebrate the centennial anniversary of women gaining the right to vote in California. The Suffrage Parade was a huge success …

This past October, our VP for the  AAUW Fund, Miriam Rabinovitz, heard from ten scholarship recipients via zoom.  Read about their impressive achievements and goals here.